Good morning everyone (Or whatever time of the day it may be for you). We're entering our third week of the website and we've already hosted 2 amazing tournaments for both 1v1 and 2v2! Congratulations to the winners of those tournaments.

Now lets address some things right off the bat.

After running the trial 1v1 tournament we seemed to have gotten a good understanding of what we want these tournaments to look like. There was some annoying RNG happening throughout the tournament which I sincerely apologize if you had lost due to this, but that's the game we just need to say oh well and move on to the next match! With that being said there was no real reason to change any of the rules. Every class played in that tournament did pretty well and there didn't seem to be any skew towards a particular class.

I was reasonably happy to see many Musketeers doing well as we can all agree they struggle naturally due to Nausica being a majorly played staple in the current meta (and most likely for many more to come in the future). After all of the information I gathered from other Showdown Masters who participated and spectated as well as some first hands on experience I saw no issue with any of the rules other then the occasional RNG that happened. With that being said there is only one minor thing we changed in the rules regarding 1v1.

OG Rule:
Each match will be best of 3 excluding the finals which is best of 5

New Rule:
Each match will be best of 1 excluding the finals which is best of 5

Now this is also universal meaning all future tournaments regardless if they're 1v1 or 4v4 will follow this. The reason is that we started around 5:30pm EST and finished doing best of 1 and best of 3 in the finals at around 8:30pm EST. 3 hours is quiet hefty already to ask people to put aside for a game but it's the best we can possibly offer.

And also to help Swashbucklers a bit we removed Black Fog and Walk in Darkness from the list of 2 stacked at any given time limit they had before as we saw this made a major impact on the class limiting there options which we don't want to start moving towards at all! So good luck everyone!

Next up is regarding 2v2. I'm going to be opening up a discussion thread which all of you can share/voice your opinion on this subject freely and help us gather data to make 2v2 a bit more balanced. After the 2v2 tournament I saw one issue off the bat. The 2 finalist teams were both the same set-up, Privateer and Swashbuckler. Now this isn't the problem in itself but I definitely do not want a certain 'combo' to be out right broken. This is why we banned the beast banner in 2v2, trees, etc. We don't want over centralization, so to counter this I want peoples opinion on this from all sides of the story as I sadly did not have time to spectate the matches so please participate in the thread when it's released (Link will be added here).

My ideas so far.

1: Remove the Banner ban from 2v2
2: Ban Fog
3: Create a creative ruling to the use of Fog
e.g. Can only be used on X amount of units, etc. (Can be further discussed)

Next up is some new category additions!

First new category is the 'Clans' Category where you can create a Clan Thread including your roster/information and applications! This will hopefully build itself over time to create a competitive clan environment for the future! We're open to ideas for this section so please don't feel afraid to post your ideas in the discussion forum section of it!

The second new category is 'Morphing' for all of you looking for some nice/sweet pets you can create a thread to ask for morphs or create a thread to morph with people, offer morphs for certain morphs, etc. Help yourself to this!

Thanks everyone for the support on the website, 50 members already is big considering our timely creation of this website and already surpassing the amount of participation compared to the other fan sites which will hopefully get us recognized as a true community! 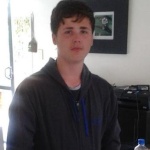 Hi Tech, I wanted to say thanks for adding these new additions to the site, it's starting to really shape up. I'm not all too sure if I'm allowed/are supposed to respond to announcements so feel free to take this down if necessary;

I don't believe it'd be a good idea to incorporate banners in 2v2. Specifically, this would make an x2 Privy set with summons impossible to handle, and if anything would provoke the necessity for every Privy to utilize the banner simply to even out the odds. I would strongly suggest banning double class teams if you're going to allow banner because I feel as though it is an aura in which the new meta resonates with (summon spamming/mechanic and RNG manipulation). Items like these demote strategic ideology and requires those who don't have access to equivalents to create counters rather than unique ideas.

I understand if you see differently, but from personal experience in simply the last match Zoe and I had, summon spamming alone was difficult to handle and with unbalanced RNG as KI is often associated with, I feel that the generally relaxed and fun-natured site you've created might be compromised. Thanks so much for taking the time to read and consider,

Hey tech. i'm really thankful you banned fog due to my last 2v2 i struggled with my partner we were a witch and musket and we got a buckler and a privy and their black fog pretty much wrecked us

Hey danisop, I'm just replying to this to inform you that Black Fog isn't actually banned from 2v2 right now, it's being discussed and voted on here, so come and tell us your ideas on what steps we should take to make 2v2's and group pvp's in general more balanced.